Timing is Everything: Culture Meets Technology with a Fitbit App 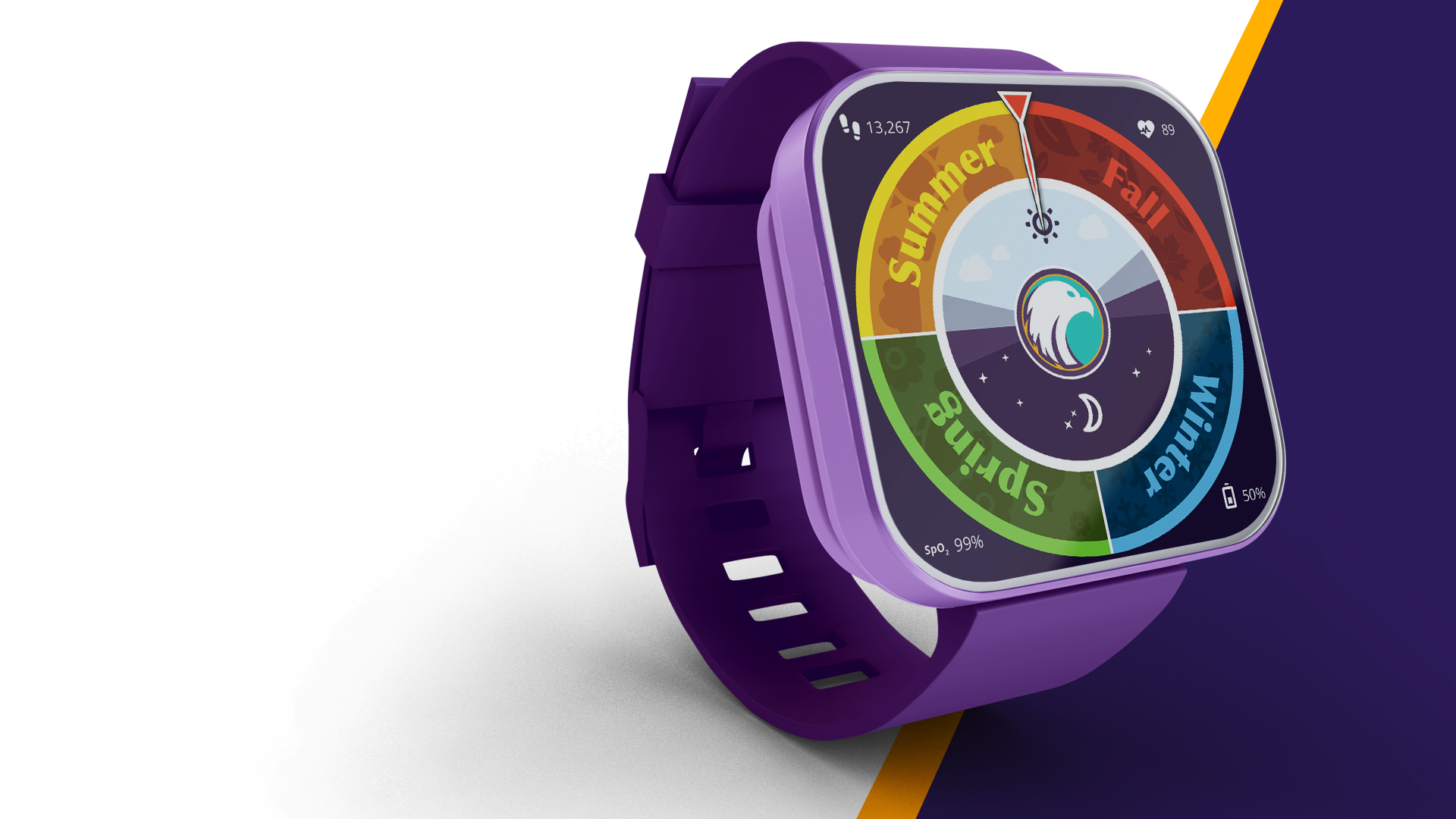 MABU has a long-standing relationship with Indigenous PACT, a Native-owned corporation ensuring sustainable revenue and health equity for tribal nations. At a recent meeting with Indigenous PACT CEO, Kurt Brenkus, and MABU account executives, Alexander Mabin and Jessica Gilbertson, Kurt recalled a joke from an Alaska Native board member who said he was going to start making watches that reflect ‘Indian Time,’ with only the four seasons as time markers. They all realized that with today’s wearable technology and the help of MABU’s development team, the offbeat idea had legs.

MABU masterminds, Nick Kramer, Grayson Lorenz and Derek Millner, set out to build a watch face that celebrates Native American culture and the notion of living in balance with nature. They explored various platforms and ultimately settled on Fitbit for its clean architecture and use of common coding languages.

With an intuitive interface, the most difficult part of the application build was the math that went into it. Calculating the number of hours and minutes we were into the current year while also taking leap years, time zones and other variables into consideration to align the seasonal dial with the solstice and the internal GPS functionality of the device was no easy feat. (Clients look to MABU for a number of our skills and expertise – mathematics is generally not one of them!)

The team powered through the complex equations and what started as a tongue-in-cheek comment became a cleverly designed, viable product. The watch face is perfectly simple in its outward appearance – a seasonal dial that encloses a rotating sunlight and moonlight wheel with the Indigenous Pact logo at its center. The hand moves around the dial only once every 365 days. When more accuracy is needed, a quick tap of the screen displays a traditional digital clock and date readout. The app also features a step count, heart rate monitor and active zone tracker. An automatic night-mode dims the screen and switches to a grayscale version of the watch face.

The Native Time app brings together form, function and cultural ideology, reminding us to focus less on each passing minute and instead appreciate the season we find ourselves in.